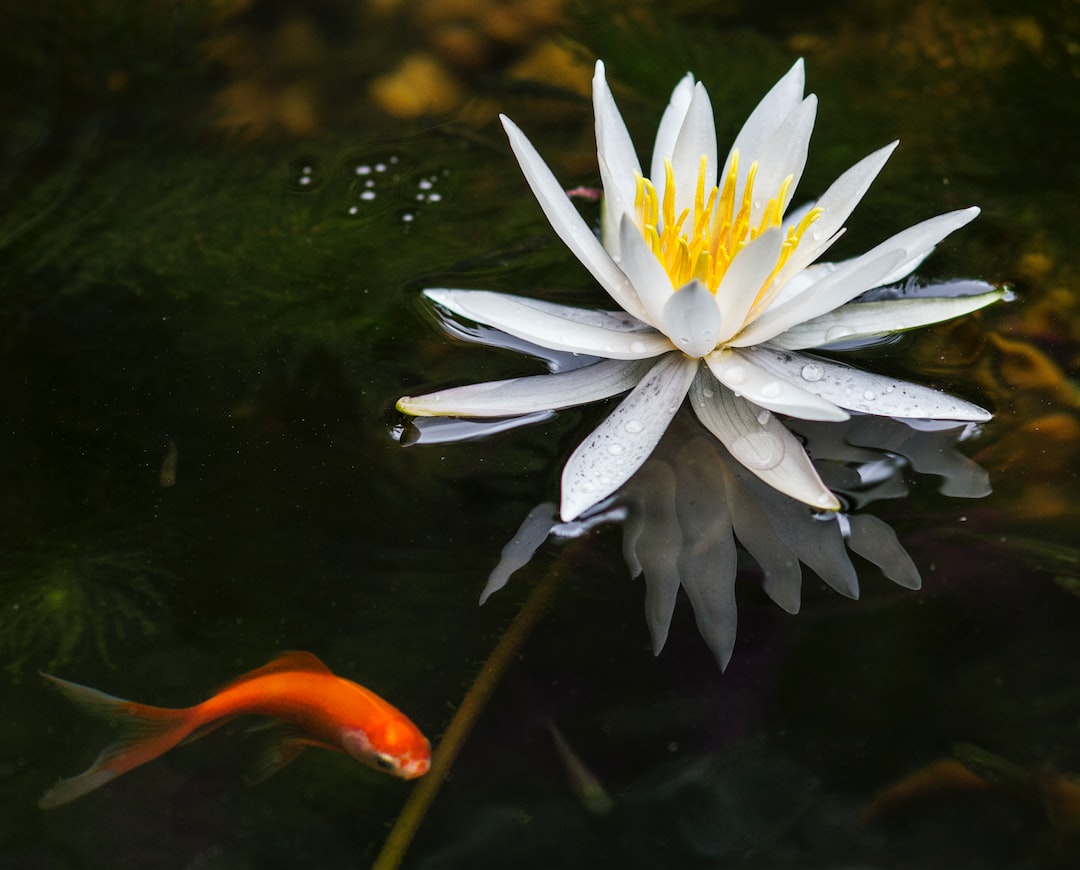 My wife and I have a fish pond in our backyard, however, I was increasingly tired of changing and washing out the filter media.

While looking at alternatives, I came across the idea of a natural bog filter. A raised planted "second" pond is used to clean the water like a miniature waterway. This method eliminates the filter sponges and regular maintenance. We began by giving the pond edge a much needed overhaul, leveling the edge and shoring up where needed.

Draining the pond partway, and lifting the edge stones, we dug a section around the circumference. After much grunting and swearing, forty or so interlocking bricks formed the new edge of the pond. After laying the liner back over, we trimmed it to fit the new, now level, stones and proceeded to begin prepping the back edge, where we wanted the bog filter to sit.

After measuring the pond dimensions, we settled on a twelve foot bog "box" that would sit behind the pond and spill over the edge into the corner where our existing waterfall bucket filter was sitting. The bucket was emptied of filter media (lava rock and sponge filters) and relocated to the far end of the bog box.

With the help of a borrowed van, we hauled twelve foot long 4x4 posts home and laid them out for assembly. We chose steel strapping every three feet, fastening the posts to each other and reinforcing with corner braces. The box began to take shape. To reduce the potential for leaks, and also reduce costs, we built a separate inner divided section for the waterfall bucket, leaving it dry for any adjustments or pump repairs. The internal wall is one 4x4 post less high than the box, so water can spill into the "bog". Acquiring a heavy rubber liner, and with the box assembled, we began the painstaking process of folding the liner into the nooks and crannies of the bog. We settled on using staples to attach the liner to the top of the box, above the water line. The small staples should disappear aesthetically after the plants grow. After stapling, we set to trimming the edge even, cutting it off at the top of the box.

Originally, the plan was to have a lower section of the edge with liner folded over for the water to spill over, but then we were struck by brilliance. Heading to the local landscaping supplier, we chose a flat, wide piece of quartz as a spillway. Grabbing a trusty saw, borrowed from my father, we measured (twice) and cut an angled section for the rock to sit snuggly in. As the water inlet was 4 post widths high (about 16 inches), we measured down the height of one post, plus the stone. The final spillway is approximately half an inch lower than the intake, and water flows pleasantly over the rock, sparkling in the sunlight.

We left the excess liner under the stone to protect the wood beneath from water. After a test run of the pump (always be testing), we discovered water seeping under the lowest part of the box, and running back under the box. Grabbing a spare piece of cut away liner, I created an overlapping second layer for the water to flow down. Another test run, and still leaking, so a third trip to the hardware store (ha, was it only three?) and we returned with black expanding sealant foam. Spraying the foam between the bog box and the edge of the pond, we finally sealed the leak. Now, after running the bog box for several weeks, the only losses are evaporation.

A box with a liner is nothing more than a bathtub, so we headed out to the landscape supply store and returned with a load of lava rock. The lava rock makes an excellent filter base, due to its large surface area for the pond bacteria to attach to, and its relative cheapness compared to "pond" specific filter media solutions.

For the final touch, we replanted some parrot fern and pond plants that were wintering in the basement, adding a few lilies and cattails to round out the natural filtration. In the lower pond, we have frog-bit and butterfly fern and more lilies. Despite the extremely cold winter, I can already see the water lily leaves unfurling beneath the water.

services are being migrated from an existing standalone LXD/LXC server into the new cluster. Various media libraries, web hosts, blog sites, and photo sharing, also a NextCloud instance I use instead of Google Drive. I don't know why I do this to myself.

Using a Griffin PowerMate with Linux

Adding a Bog Filter to an existing fish pond

My wife and I have a fish pond in our backyard, however, I was increasingly